I feel safe here. I have experienced little racism aside from rants from older Koreans about foreigners. I am never harassed by law enforcement. A lot of my friends support Black Lives Matter and understand the protests. Those who don’t take the time to listen and learn. The younger generation is getting louder and washing out stereotypes and views of older Koreans.

Life in Korea has been really good. I’m healthy, happy and I get to eat Korean food all the time.

Koreans panicked but not like Americans when numbers soared in the States. No one was buying up all the toilet paper (in fact, most Koreans questioned what the hell y’all were doing). No one dragged store shelves into their shopping carts, leaving nothing but a barren wasteland in E-Mart, the largest retailer in South Korea, or Costco, which has 16 stores around the country. Koreans limited their panic buying to masks and vitamin C. That’s it. They didn’t stock up on packs of ramyun noodles. They didn’t drain stores of all the water bottles, which probably would be impossible anyway since stores here seem to carry an endless supply.

I think the country’s most effective action against coronavirus was a law ordering fines and possible jail for any person showing symptoms who avoids testing or quarantine. Also - and I’ll probably get some hate for this - I think the refusal of the cult members to avoid meeting prompted Korea’s proactivity against the disease. The surge they helped create motivated the government to crack down.

So, to my friends back home and anyone else reading this, heed my advice: for the love of whatever you believe in, stay home, wash your hands, don’t touch your face, don’t gather in

Black in Asia in the time of the coronavirus

By Jalen Durham for Beyond the Railroad

I’m a young Black man from Atlanta living in South Korea in the time of the coronavirus. I am 26 and I live in the Gyeonggi Province, about 30 miles southeast of the capital city of Seoul. This is my fourth year teaching here. Before COVID-19, my daily routine consisted of waking at 7:30 a.m., teaching my wonderfully adorable students (kindergarten, ages 4-5), coming home and showering, and finishing the night playing games or studying Korean. On weekends, I would hang out with my amazing friends at bars, cafes and parks.

Another difference between South Korea and the United States was that Korea has experienced two similar outbreaks -- with SARS and MERS. COVID-19 has been worrisome, but the government has absorbed many of its associated costs. Officials set up a hotline for people who believed they had the virus. They offered free tests for people showing symptoms. The government also offered free babysitting for parents whose jobs required them to report in-person. I’ve been thoroughly impressed by what the government has offered during my month-long corona-cation.

While there has been support, some parts of life have been just as strained as in the United States.  For instance, if your job cannot be performed remotely, your only choice is to stay at home until  further notice from your employer.

Other parts of life have been more relaxed. For instance, restaurants and bars remained open through quarantine and only clubs shut down. And there was no six-foot rule. This was fine for our public transportation system anyway because riders do their best to keep a distance from one another. 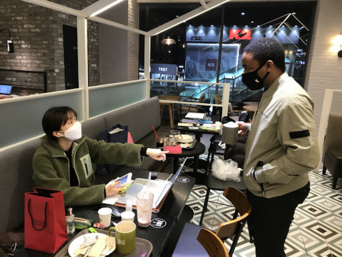 myself. Here is my perspective on how things were handled here in South Korea versus how they’re being handled in the United States.

Around the time the virus began making its way around South Korea earlier this year, the news media reported that an infected woman known as Patient 31 refused to be quarantined. Patient 31 attended a gathering with a cult that calls itself Shincheonji. According to news reports, Patient 31 ignited a massive spike in the city of Daegu, according to reports, making South Korea at one time the second-most infected country in the world. The government tracked everyone who was at that gathering, tested them and placed them under quarantine.

You might be thinking this was a witch hunt. Actually, it saved probably thousands of lives because these cult members from what I read were bent on avoiding hospitals and testing.

large crowds and, more importantly, sanitize whenever you go out or come in. This virus is very real and unfortunately, the United States is in for a rough ride. Take care of yourselves.

Durham wrote this piece in March, before South Korea successfully got its pandemic numbers down and began to open up. As of the end of June, however, the republic was experiencing a second wave of infections, according to the Korea Centers for Disease Control. 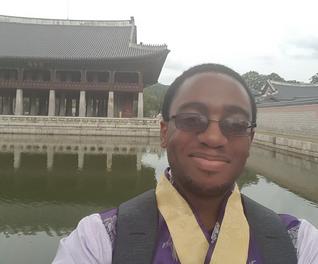 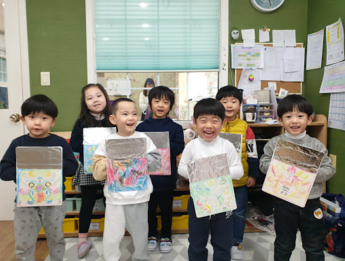