On July 3, Magnolia Pictures released the documentary John Lewis: Good Trouble, focused on the man who was instrumental in the passage of the Voting Rights Act. Lewis also was a Freedom Rider who pushed for integration of interstate bus transportation. He famously led the 1965 voting rights march across the Edmund Pettus Bridge in Selma, Ala., motivated in part by the death of Jimmie Lee Jackson. Dawn Porter is the director.

The timing of the film’s release is serendipitous. In spite of his cancer battle, Lewis was a frequent encourager on television to demonstrators protesting since May 25th, when Floyd died after a police officer kneeled on his neck. Lewis urged the demonstrators to push for what they believe is right. In one of his last interviews, he said watching the video of George Floyd being kneeled on by a Minneapolis police officer made him cry.

Actor Erika Alexander of Get Out and “Living Single” is cofounder of Color Farm Media, which is producing the film.

“Working with the congressman is one of the great honors of my life and he taught me how to be young, gifted, Black and political now,” Alexander told BTR before Lewis' passing.  “He taught me that being an American

The Good Trouble campaign is a joint effort from Lewis, Color Farm Media, Participant, Magnolia Pictures, When We All Vote, Fair Fight, BET, the NAACP, Color of Change, BlackVotersMatter, VoteRiders, the Southern Coalition for Social Justice, the Brennan Center for Justice at NYU Law, Rock the Vote and HBCU Heroes.

“The time for change is now—which is why we are thrilled to lift up Congressman Lewis’ legacy and make some good trouble to ensure everyone can make their voices heard at the ballot box this November,” Abrams said. 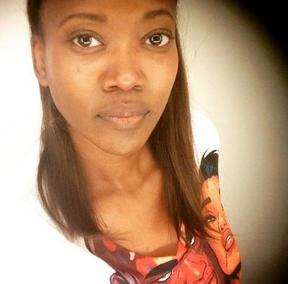 Before his death Friday at age 80, U.S. Rep. John Lewis, D-Ga., had been active until almost the end --  encouraging protesters pushing for justice since the death of George Floyd in Minneapolis.

remember him can turn to a newly released documentary.

citizen is a contact sport and most powerful nonviolent tool for change is the vote. As our nation finds itself being made anew everyday in our collective struggles for a more perfect union, Good Trouble tells the story of one of America’s most courageous founding fathers.”

Riding the current stream of social change, the filmmakers have banded with the civil rights community. Using the film as a jumping off point, they have launched a campaign to encourage people to vote and to participate in their communities.