Who knew that the death of George Floyd was going to spark the change we needed for so long?

Then the curfews happened. Minneapolis, St. Paul, and the suburbs were subjected to mandatory curfews to curtail the rioting.

Due to the pandemic, I had been working from my home in Lakeville, Minn., just 20 minutes south of Minneapolis and St. Paul. I rarely leave the house that I share with my wife and our two boys. When I do, it is only for groceries and/or snacks. When the curfews came, I did not think staying in was a big deal.

What would it hurt? I was already stuck at home.

That Friday evening, my wife asked me to come outside because my neighbor wanted to talk. Now, this neighbor has never summoned me before. Seeing as how we are in the midst of a pandemic and under a curfew, he knew I was home. I couldn't hide. I wanted to get this over with so I went to see what the fuss was all about.

No sooner did I set foot outdoors when my neighbor started to apologize to me for being white. (Did I mention that my neighbor is white?)

So here I am, being called outside when all I really wanted was to take a nap, and now I am having to listen to my neighbor’s sob story about how badly he feels for being white. He even had a Facebook post he wanted to read to me about how he, as a white man, previously didn't "get it," but suddenly had a come-to-Jesus moment and now "got it."

I was very uncomfortable and annoyed. I found my exit from the conversation by telling my neighbor we should fire up our grills the next night and chat about his newly discovered "enlightenment".

The next night, we were outside as planned, enjoying some burgers and brats when another neighbor decided to join us. It did not take long for neighbor number two to start apologizing to me for the experiences I have had as a Black man. He felt the need to apologize for my struggles without knowing my struggles.

What the... You know the rest.

I was irritated at my neighbors’ sudden sensitivity and guilt while using me to feel better about themselves.

I looked at them both and said, "You both see a city in flames, and now you want to offer me an apology?"

My wife joined our group conversation and went straight for the jugular, asking both neighbors, "Why are you apologizing now? What was it that changed? You never thought to apologize before. You have never checked in to see how we were doing before. Why is this time different?"

My wife's questions knocked the wind out of them and neither offered an answer. They had only a lot of lame excuses and offers to do better.

The evening wound down. We said the usual pleasantries and we all went home.

The next day all I could do was chuckle about the events of the night before. It was kind of nice to chat with my neighbors about race relations, but you have to wonder: why did a city have to burn in order for us to get that far?

Jeffrey Williams is a husband and father of three who is just living his life in the Twin Cities.

When my city is on fire my neighbors get really strange

By Jeffrey Williams for Beyond the Railroad

On Monday, May 25th, George Floyd was "murdered" by the Minneapolis police. As the details of his killing came to light, I could feel anger build inside of me. Another black life was lost, taken at the hands -  or, in this case, knees - of local law enforcement in my community.

As the week progressed, vigils turned to protests and protests turned to riots. By that Thursday night, a mix of protesters and individuals looking to cause chaos set Minneapolis on fire. I watched on TV news as the city burned. As building after building went up in flames, I knew this was a long time coming, to be honest, and I was not surprised. 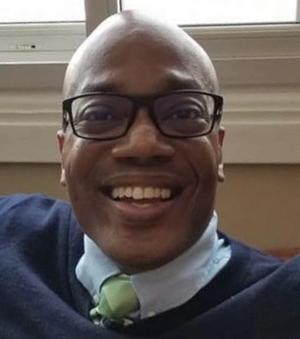